No Halloween Costume? No Problem.

Here you are best Halloween Sneakers release for 2022.

With Halloween 2022 around the corner, we want to leave the dressing up to the kids for their usual “Trick or Treat” game and find out what releases will be coming for the scariest holiday of the year.

For sneakers obsessed Halloween is a unique opportunity to update their sneakers rotation and grab a sought-after release, which over time can even reach stratospheric figures; as happened with the very rare Nike Dunk SB Freddy Krueger sneakers, only a very few of which remain in circulation.

Here is briefly explained why:

For Halloween 2009, Nike had planned to release the Horror Pack: a set of Sneakers inspired by the anti-heroes of cult horror cinematography, consisting of a Nike Trainer 1 SB inspired by the film “Dawn of Dead,” a Dunk SB High “Jason Voorhees” from the film Friday the 13th, and the iconic Dunk SB Low, dedicated to Freddy Krueger. The Sneaker’s upper with its red and green striped wool fabric was clearly inspired by Freddy’s infamous sweater, which was not at all liked by the film’s producer, who filed a lawsuit demanding the immediate recall of all pairs from the market.

Too late, unfortunately (or fortunately); even though most of the sneakers were incinerated, a few dozen managed to be saved, reaching a very select audience given the quantities: only 30. 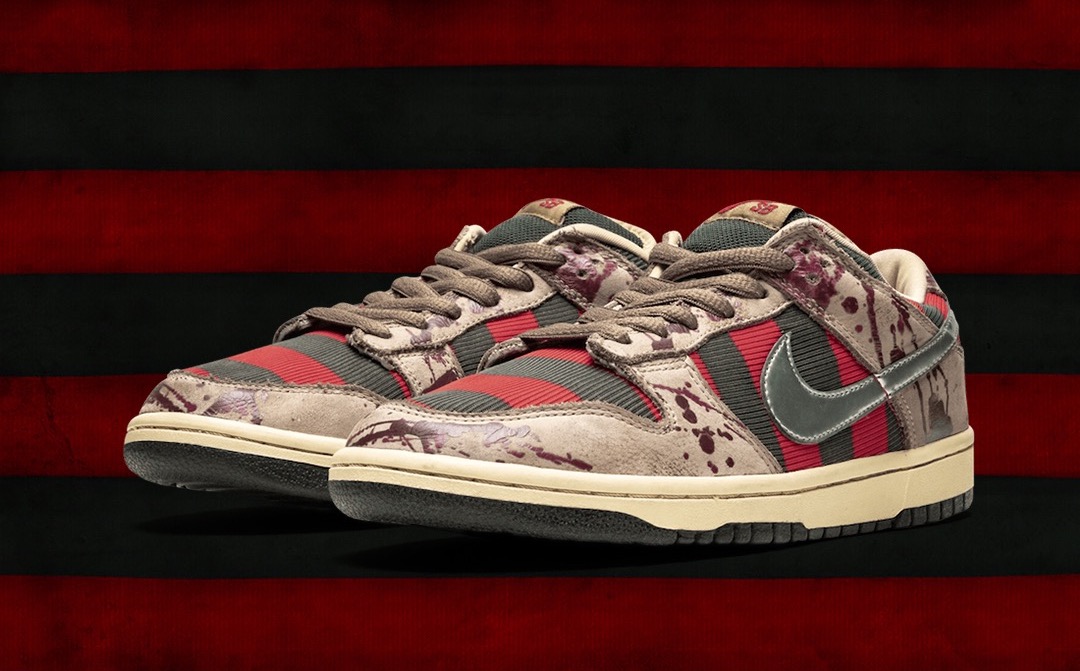 Some say they were stolen from the Nike factory, even though they were ruined by flames and stained with oil from the previous attempt to throw them into the incinerator.

One thing is certain: they are currently worth more than 30,000 euros. 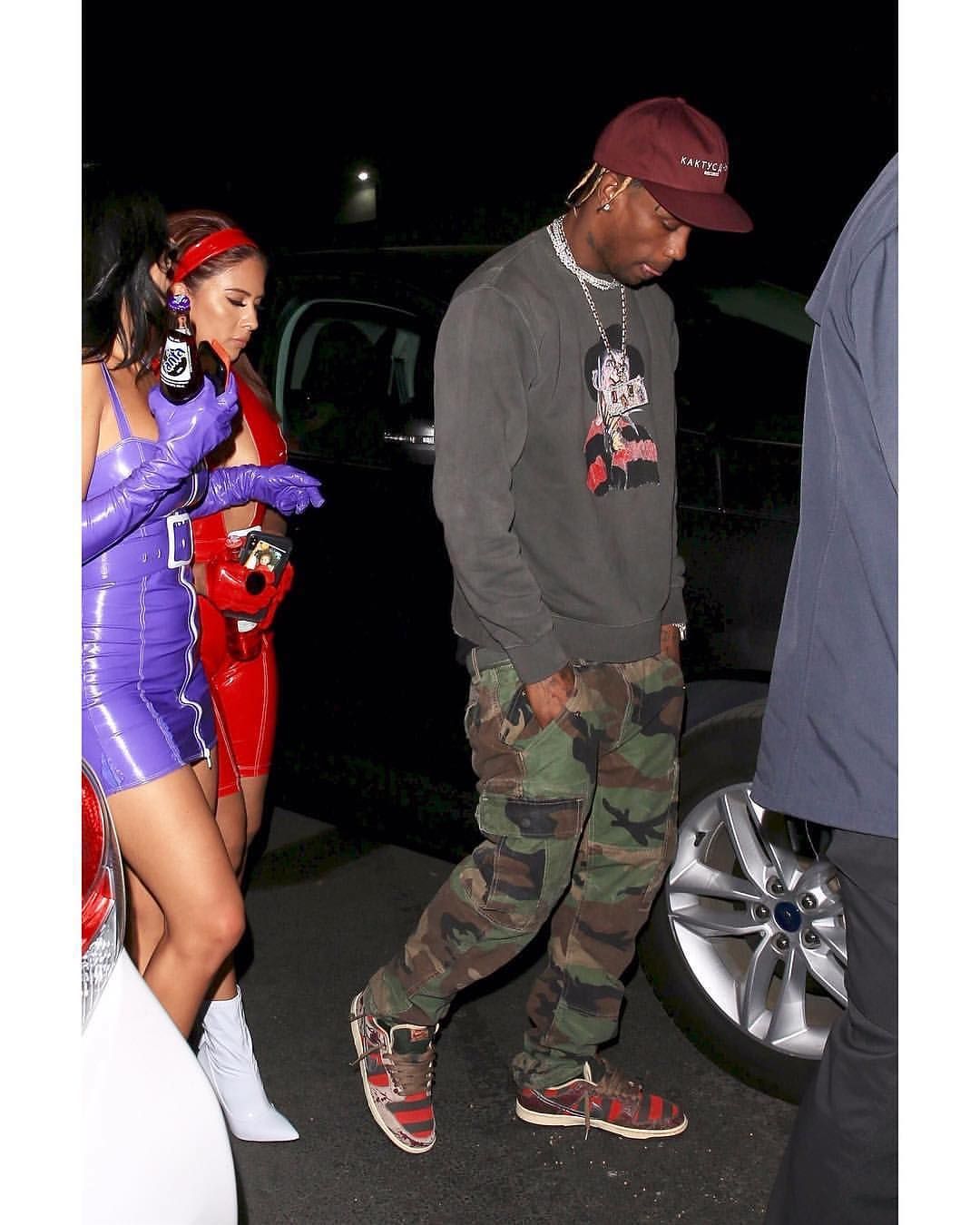 Well, once we’ve clarified the importance and potential value of the Halloween Sneakers, let’s find out what the Halloween 2022 Releases will be, perhaps the next Holy Grail of collectors is hidden among them?

Nike continues its collaboration with Los Angeles graffiti artist Neckface, which began in 2013, with a new edition focused on various patches on black nubuck uppers.

Fabric patches made by the artist, express visual and evocative sensibilities through illustrations of skulls, demons, ghouls, tombstones, snakes and more; NECK/FACE SB tag details on tongue. Completing the look are two insoles printed in the bright colors of Neckface illustrations. In celebration of Halloween 2022, Vans returns to the Underworld with a Stranger Things -themed pack; the collection features the California brand’s classic silhouettes with graphics and design inserts that harken back to the iconic Netflix series, such as prints of high-density climbing plants, a screen print of the Demogorgon, a transparent sole “chewed” by the creature; as well as the Hellfire Club Style 36, Dungeons & Dragons on a worn effect sole with handmade designs, the Surfer Boy Pizza logo on the Authentic Vans, and many other minute details that echo the adventures of the young protagonists. 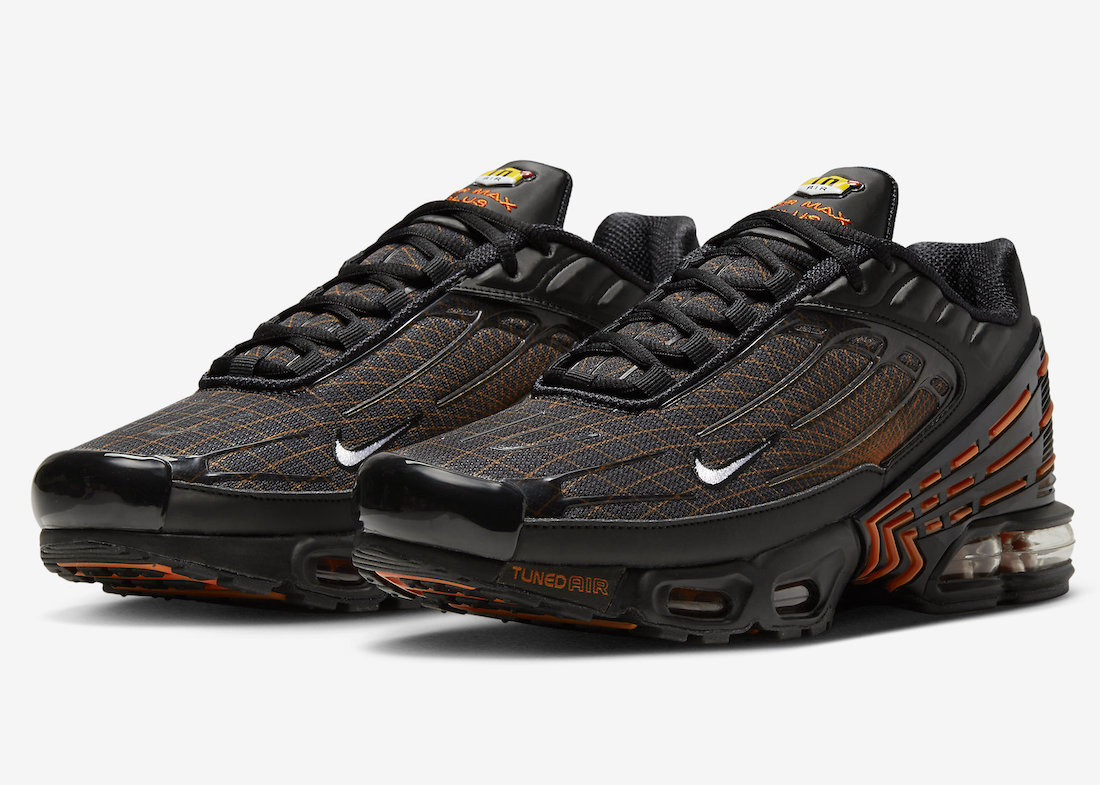 Nike is preparing for the darkest holiday of the year with a special version of its Air Max Plus 3, featuring the traditional black and orange color scheme.

The entire shoe is highlighted by a spirograph pattern in orange that sits atop a black rubber sole. “TN” branding is featured on the tongue, medial, insole, and outsole to complete the design. The caged heel reveals orange hues, making it perfect for Halloween. Even for Halloween 2022, New Balance is keeping its style understated and classic, simply indulging in themed palettes. The NB 1500 and 577 models in question received an eye-catching fall color palette, mixing various shades of brown, chestnut, and black with a pumpkin-like orange hue.

The 577 is made entirely of mesh and suede, while the 1500 is composed of fine leathers.

Which of these shoes will you wear to celebrate Halloween like a true Sneaker obsessed person?