Three Sneakers from the past, returned as a Must

On the wave of the Rétro nostalgia feeling that has pervaded Streetwear lately, also for the Winter 2021-22 season the most requested silhouettes remain the Old School ones.

We have selected three Sneakers resurfaced from the archives of Puma, Adidas and Reebok from the ’70s – ’80s – ’90s, significant both for the history of Sports and for the Sneaker Culture.

This is a small journey through three decades and the milestones that have determined their success. 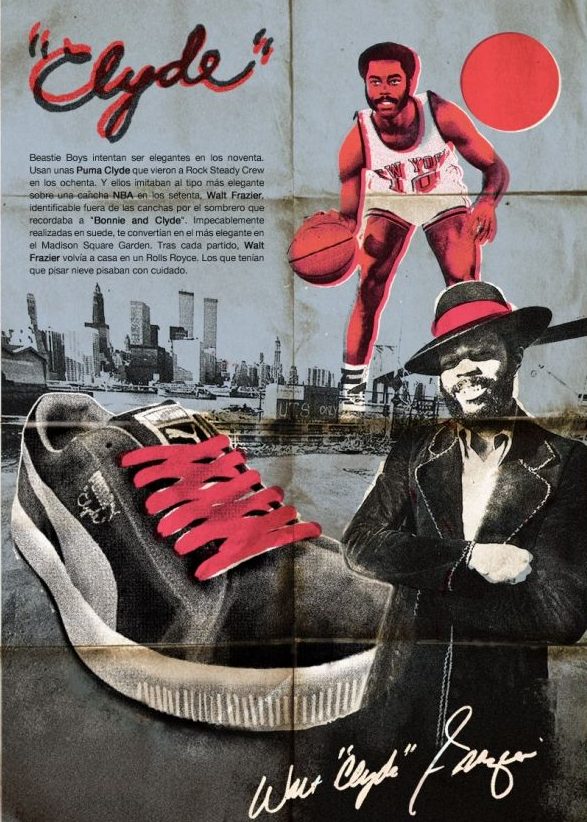 Although created in 1968 as running shoes, the Puma Suede officially entered the scene only in 1973, worn by Basketball legend Walt Frazier, known as ‘Clyde’, former player of the New York Knicks and Cleveland Cavaliers.

Walter Frazier aka ‘Clyde’, was not only one of the most awarded NBA players in history: he was considered a trendsetter: his style was trendy and a source of inspiration for the boys who populated the Streets of NY.

His nickname ‘Clyde’, in fact, was given to him because of his passion for Clyde Barrow’s fedora hat in “Gangster Story”. His style was recognizable, somewhere between NY Gangstar and Zootie.

The fact that Puma linked the image of the Suede to a charismatic character like his, was the key for the German brand to open all the doors of the Streetstyle of the time: soon, the Puma Suede became the symbol of a fashionable style, refined and elegant, just like that of “Clyde”.

Subsequently, the champion asked the German brand to produce a version that would bear his name, to which he would be linked for the rest of his career on the parquet court: thus was born the Puma Suede Clyde model, which was only a consequence of the immense success that the Suede had. 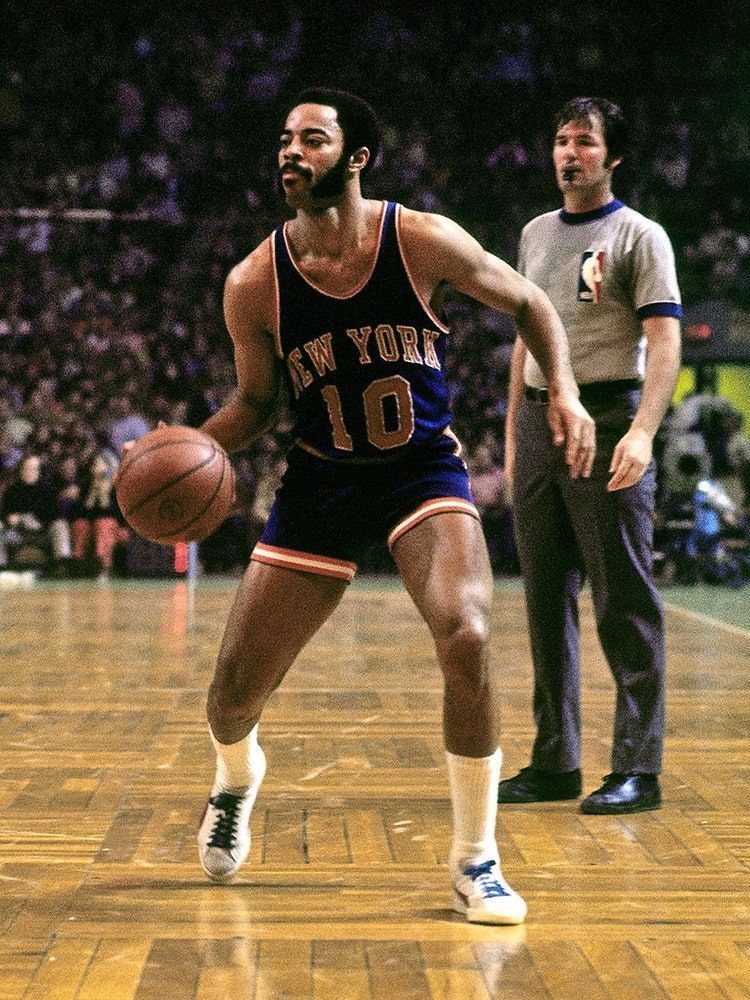 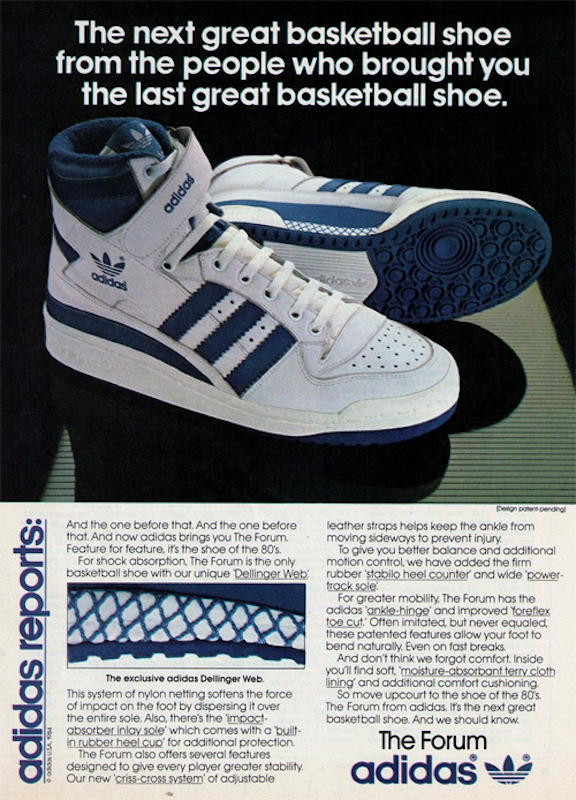 The adidas Forum were born in 1984 for the XXIII Olympic Games in Los Angeles, but the model was already part of the brand’s archive for some years.

The Forum were the response from the German label to the emerging basketball shoes, such as Air Force 1 released just two years earlier, where the market was particularly receptive.

The Forum were designed to continue the success of adidas Top Ten, basketball shoes born in 1979 that had been a huge success, so as to be still one of the Top Seller five years later.

Designed by Jacques Chassaing – a prominent figure in the history of the German brand that a few years later will invent the revolutionary ZX technology – the Forum were the first basketball shoes to be presented in three different versions: Low, Mid and High. 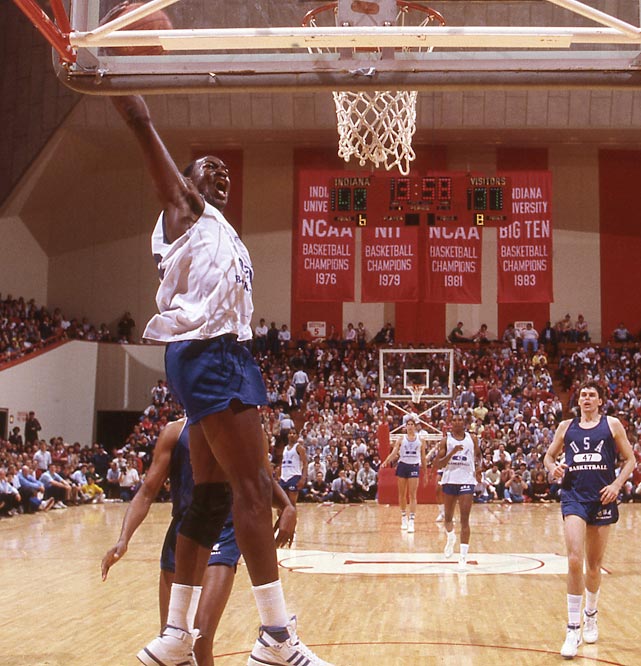 The Forum was also the first adidas Sneaker to reach the retail price of 100$ – about 250$ today: an exorbitant figure for the time, justified by the incredible technological contribution that the silhouette offered, starting from the innovative Micocellar technology in the sole.

It was its cost that determined its market: owning a Forum became a status symbol, since only the most successful “Roadmen” could afford it.

Another prodigy of the Forum was to put in “crisis” a young Michael Jordan, who for a moment hesitated to sign with the newborn brand Nike, influenced by the fact that the Top Ten were the shoes of the legendary NBA Top Ten. 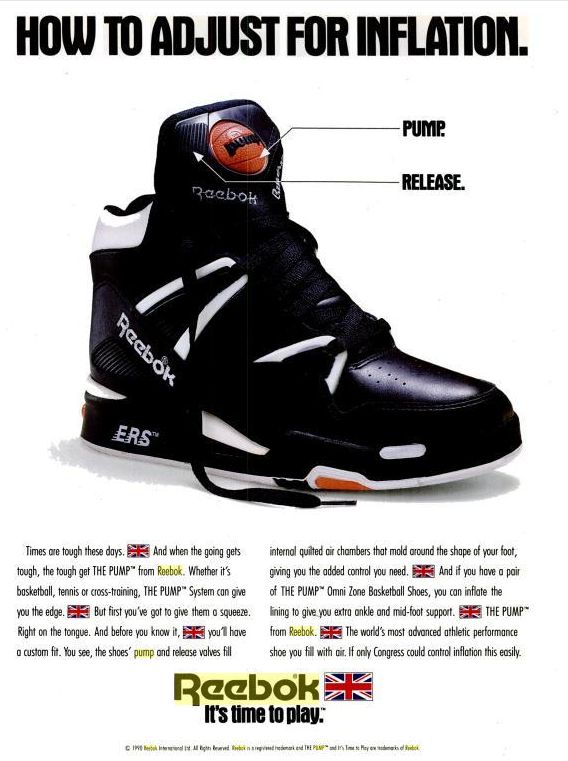 The Reebok Pump Omni Zone II made their triumphant entry into society thanks to Dee Brown, who wore them with the Boston Celtics jersey at the Slam Dunk Constest in Charlotte – on February 9, 1991.

The competition was fierce, but Brown put in one of the best performances of his career, hitting a dunk that will go down in NBA history and sporting a unique silhouette on his feet: the innovative Reebok Pump Omni Zone II.

Those shoes with unknown technology immediately attracted the attention of fans around the world who followed the dunk on live TV, arousing great curiosity. 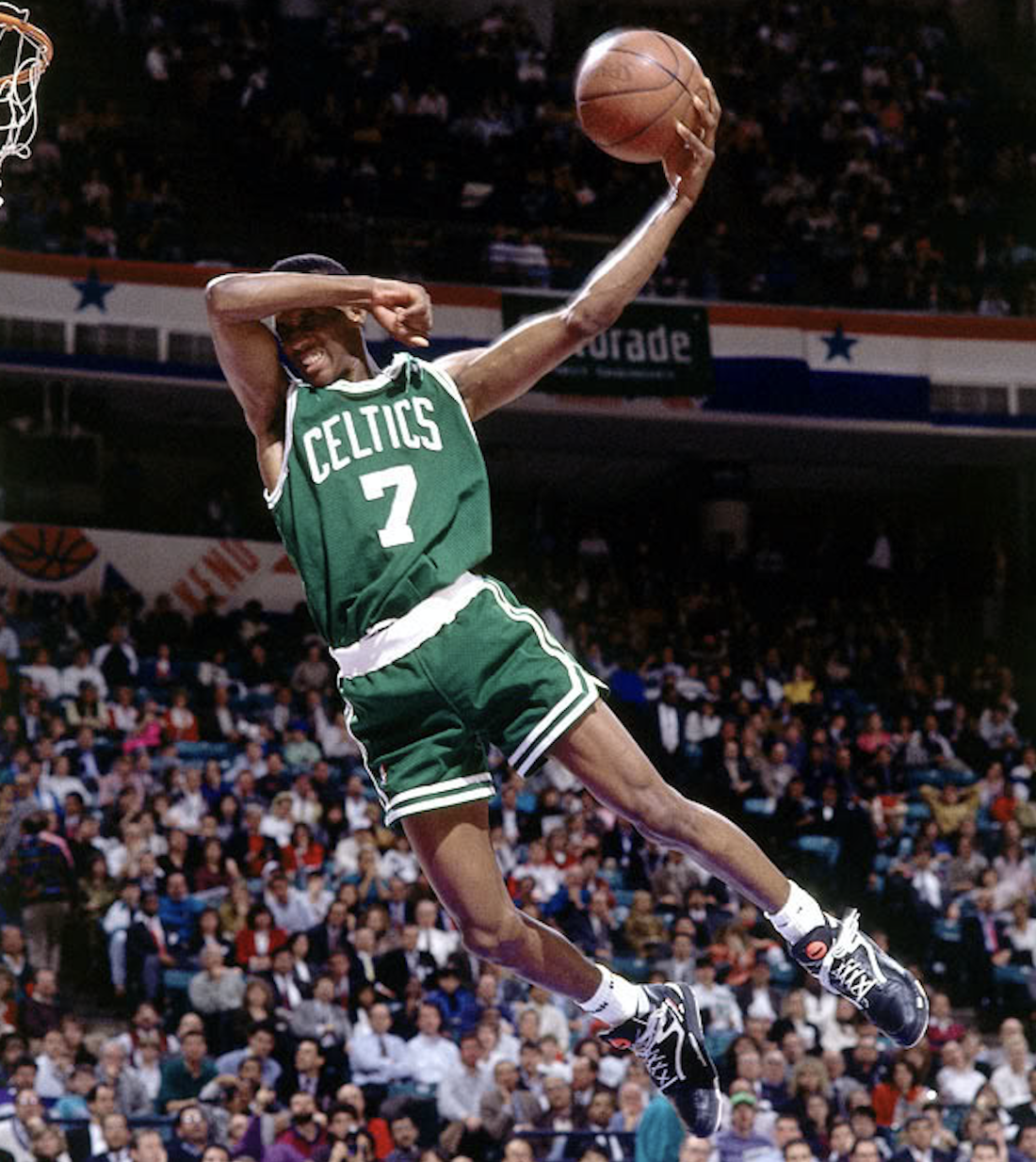 Reebok had finally found the ‘Pump Hero’: the one who would witness with his own victories the efficiency of the revolutionary air pumping system ‘Energy Return System’, able to offer a custom fit depending on the structure of the foot of the wearer.

Soon, the Reebok Pump Omni Zone II became a true cultural phenomenon, far beyond the trend of the moment: from the field of parquet, came to parade on the great catwalks of NY Fashion Week.

These three legendary Sneakers are back from the past in their original version, showing off all their retro appeal.

You can find them all available online HERE