The most beautiful Nike releases dedicated to the Chinese New Year.

The CNY has become a golden opportunity for sneakers obsessed.

For a few years now, Streetwear and High Fashion brands have been launching their own limited edition capsule dedicated to the lunar year and the sign of the Chinese horoscope that will guide the coming year, accompanied by spectacular and folkloric campaigns.

The Sneaker Game has been actively participating in the trend since 2002, the year of Nike’s first release.

That year, a sleek Air Force 1 Low in premium leather was launched with the words “Horse” in red on the heel.

The Air Force 1 Year of the Horse inaugurated what would be the successful series of Chinese New Year themed releases, or pack per year.

Here’s a list of the best sneakers, in our opinion.

The YOTMs anticipated by several years what would become a Nike must-have: the white leather upper paired with the Gum sole.

Additionally, these Air Force 1s were one of the first to sport the look of contrasting laces. 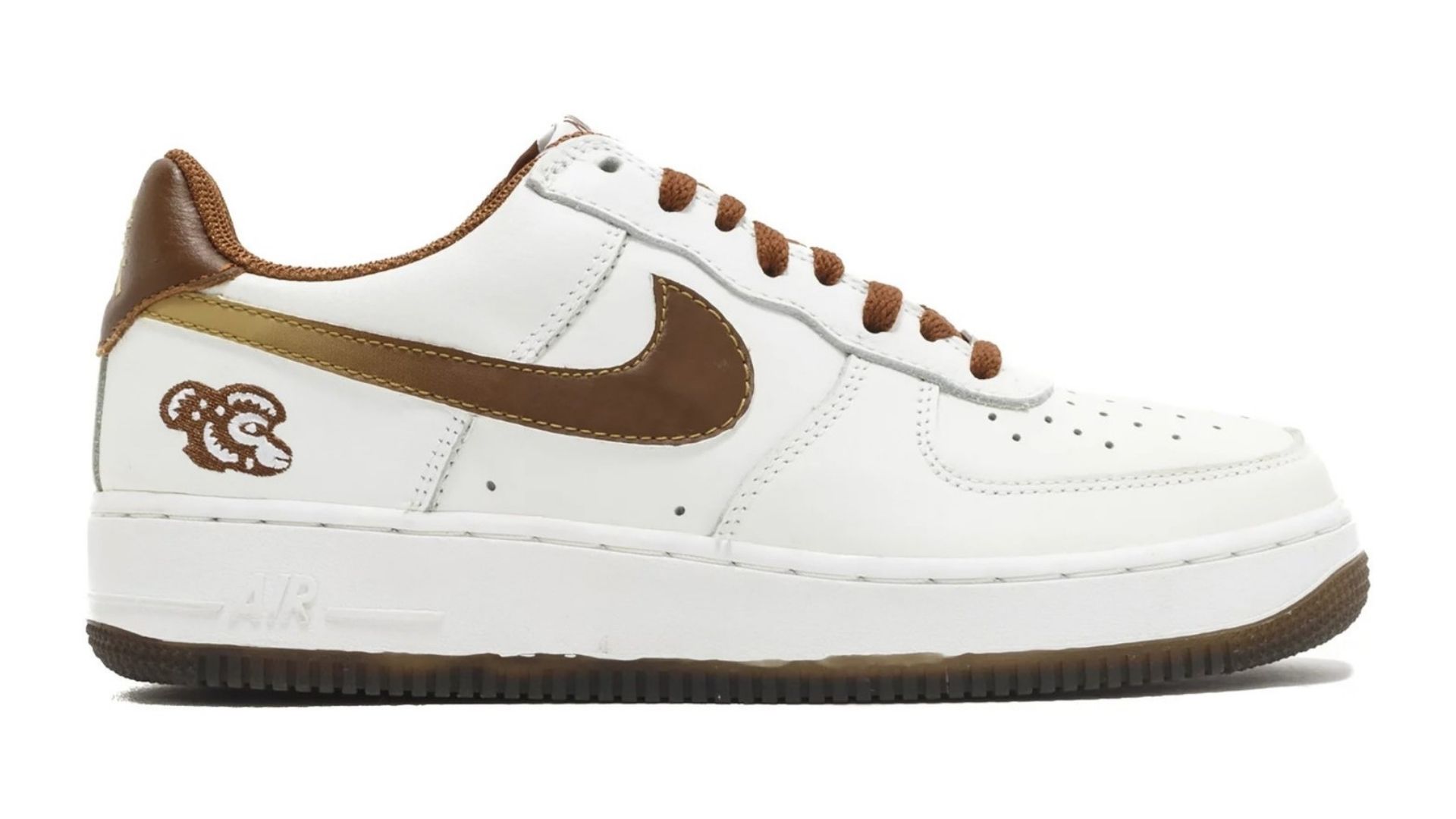 Taking inspiration from the Tibetan style, the AF1 was a tribute to all the symbols of the Chinese religion; the bright red, orange, bright blue coloring represented the architecture of Tibetan temples; the synthetic fur was a tribute to the dog, the animal of the year 2005, in particular, the up coat was reminiscent of the Tibetan mastiff, to stay in theme Tibet.

The central part of the upper was made of bright orange fabric, as a tribute to the robes worn by Buddhist monks.

The Shoebox that contained this wonder, was made of wood with laser engraved Chinese characters. 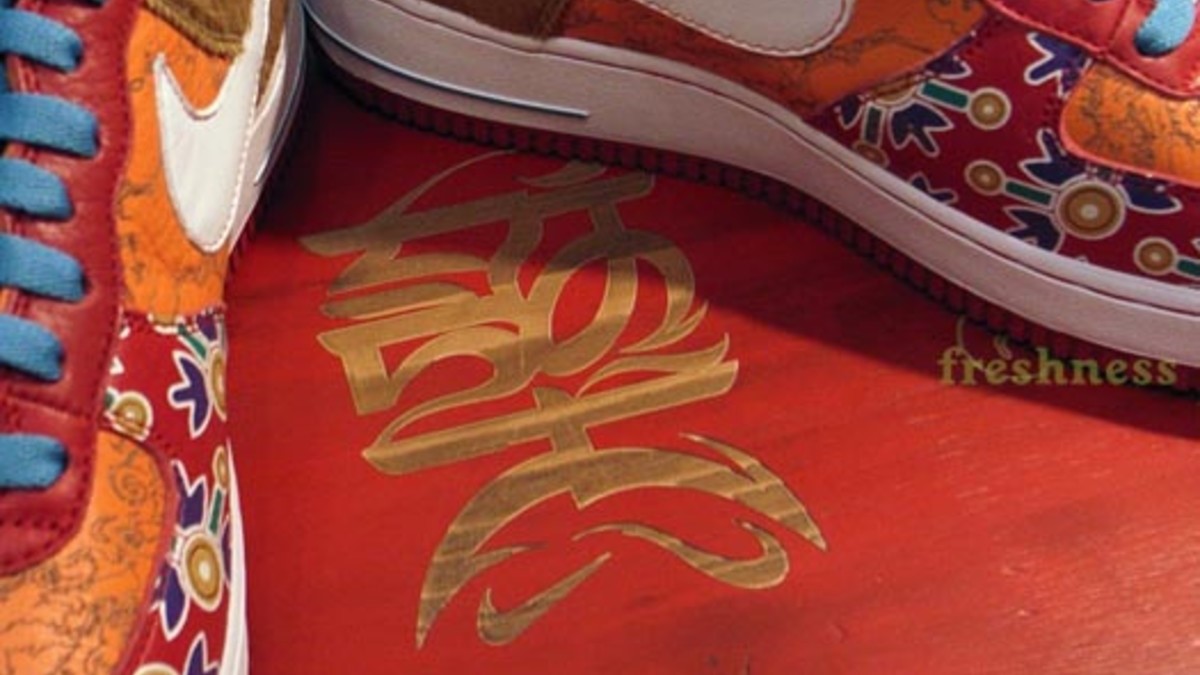 In 2007, Nike introduced the first non-Air Force 1 CNY-themed silhouette, the Dunk High Year of the Pig. 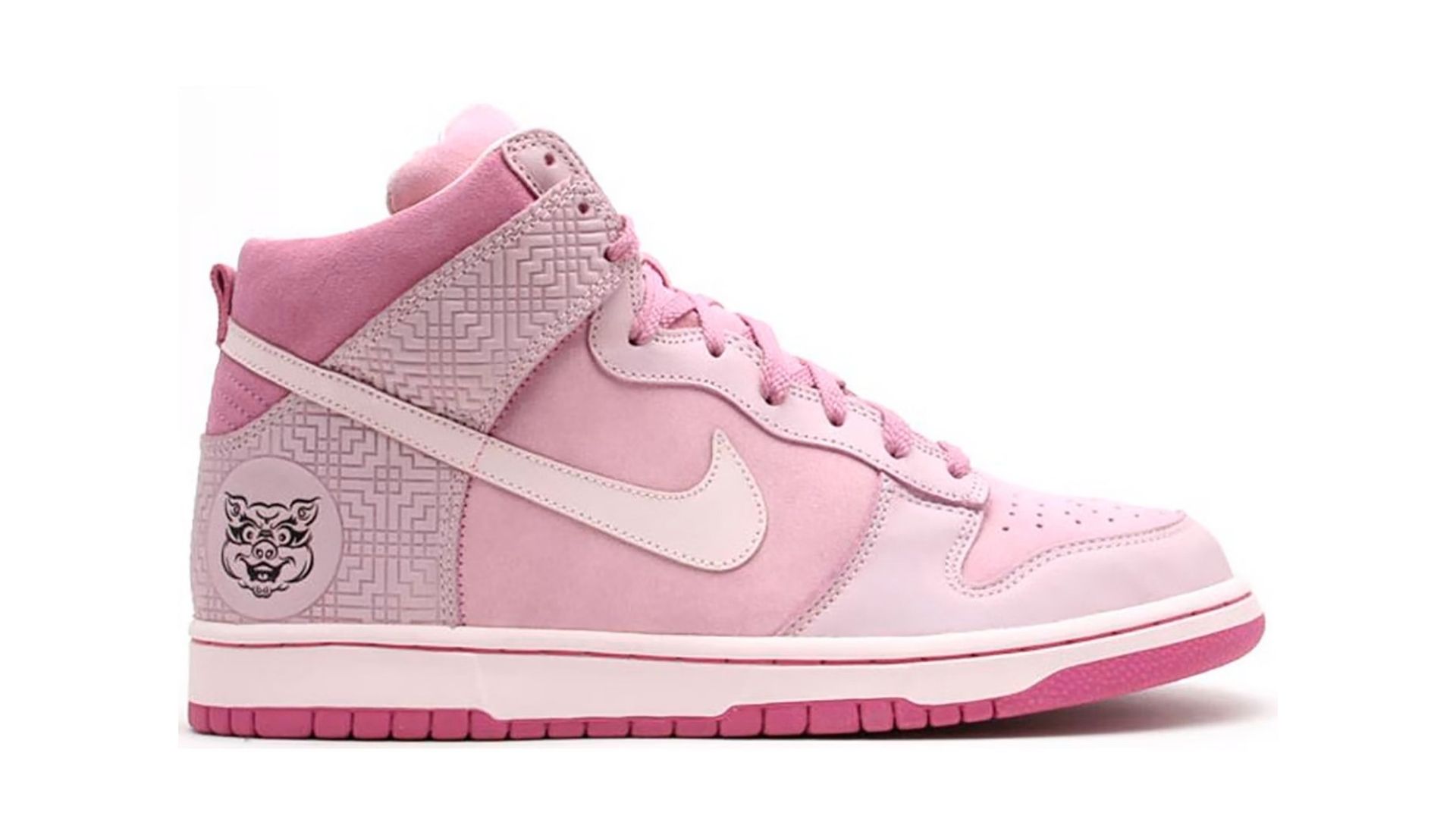 Nike returns to the Force 1 model in 2011, to paying homage to the Year of the Rabbit.

The incredible silhouette features a “polished” White Rabbit Creamy Candy style, Swoosh with rabbit “fur” in solar red and blue and the bunny symbol on the heel tag. The Shoebox had an amazing candy packaging shape. Currently sold at auction on Sothebys. 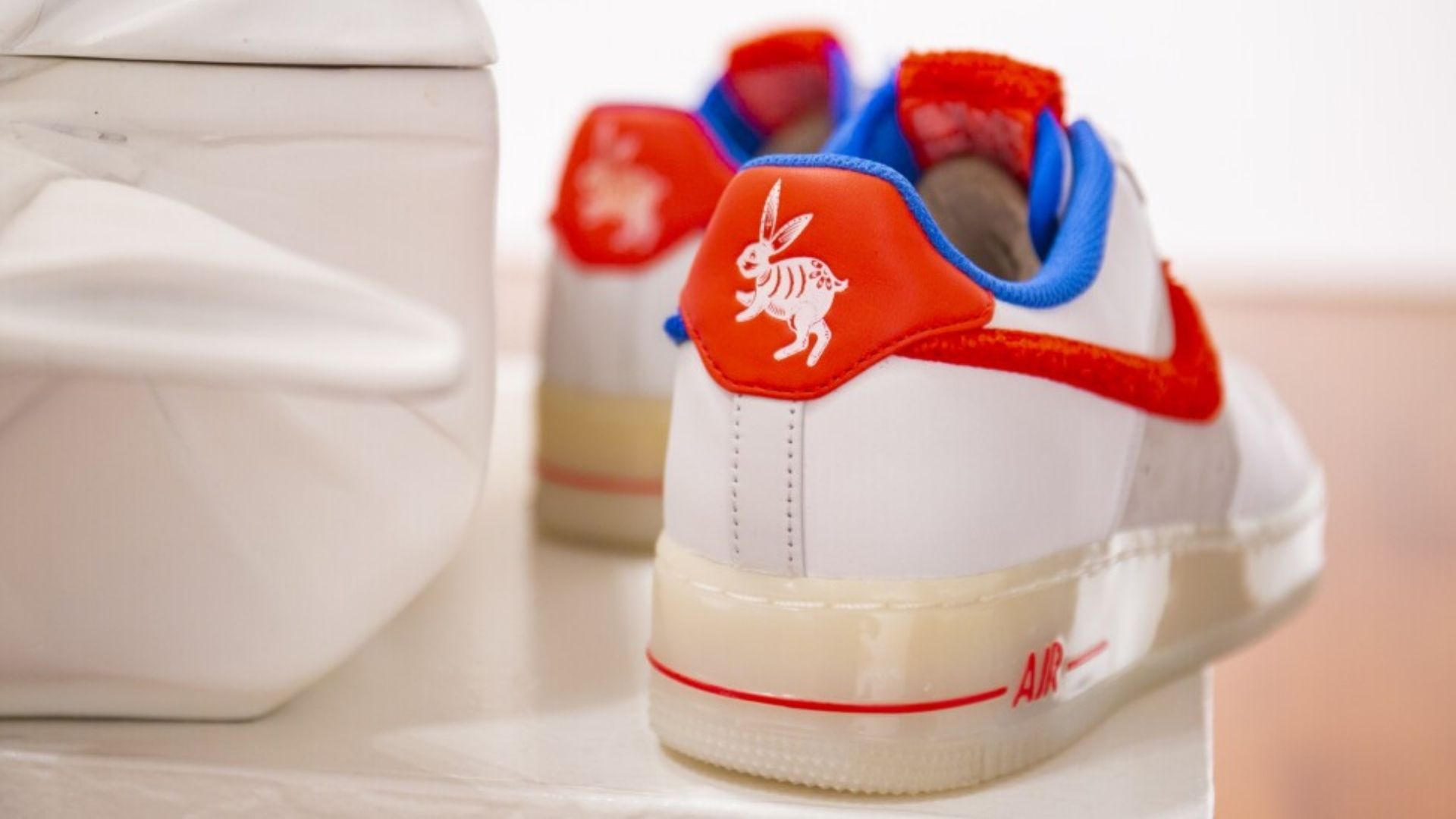 In January 2015, Nike launches one of the most beautiful Chinese New Year themed releases, transforming the Foamposite 1’s into stunning Chinese porcelain, with carefully detailed designs as if they were painted.

We close this list with the model of 2019: the first Air Max 98 dedicated to the Chinese New Year.

The upper features a mix of python leather, animal fur and floral graphics, in the style of 2015’s Foamposite “Tianjin”, red patent leather and gold details a bit everywhere.

Completing the quirky look is a set of spotted laces. 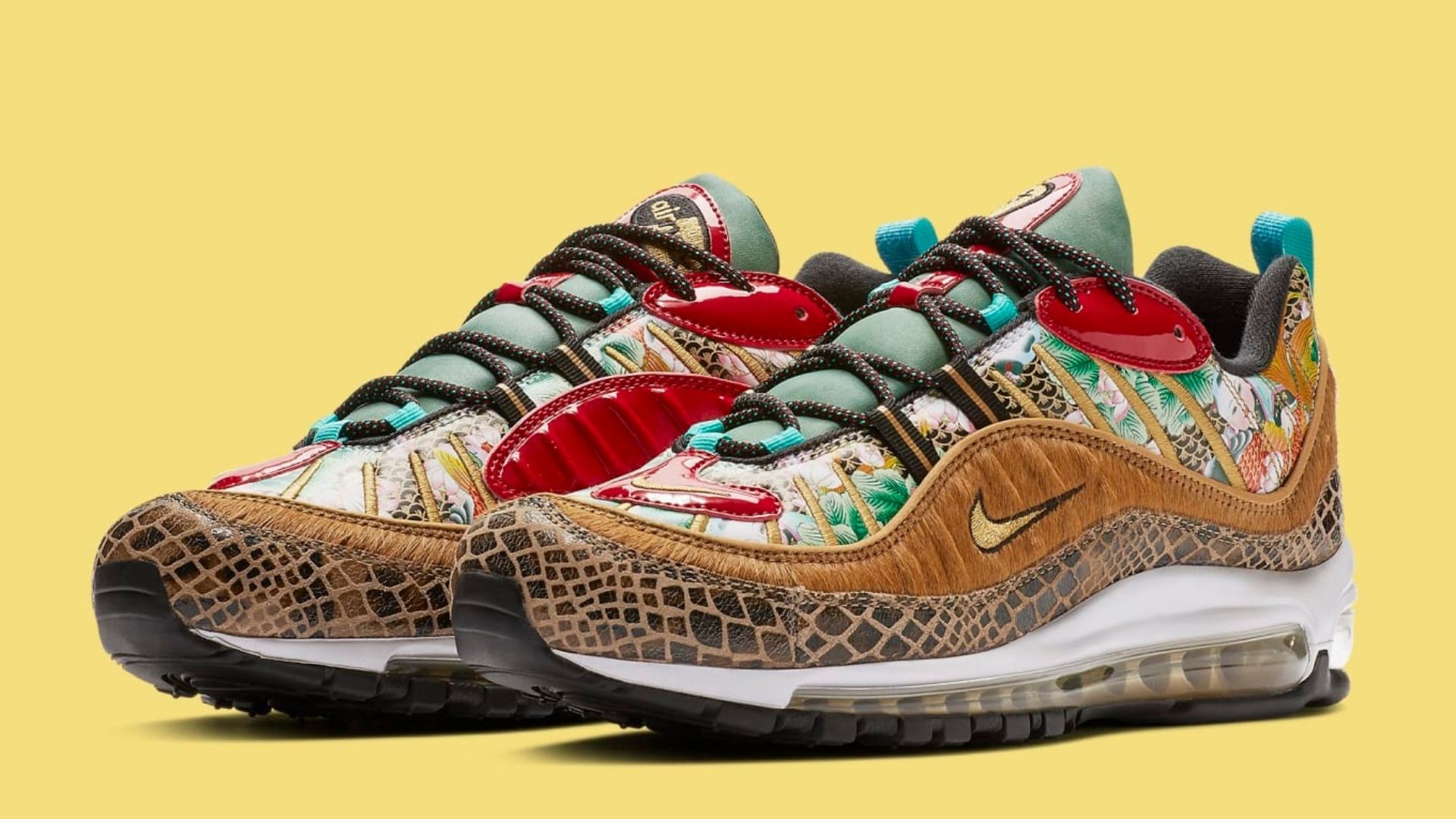